Examples of Co. Kerry’s Amateur Drama Groups during the 1940's

Amateur drama increased in popularity at a phenomenal rate during the 1940s and 1950s. Some of the talents groups around the county included:
;

Founded in 1929, the Iveronian Players was one of the best-known groups in Kerry and throughout Munster. In 1943 the group won the Kerry Drama Festival with Sean O’Casey’s The Plough and the Stars. 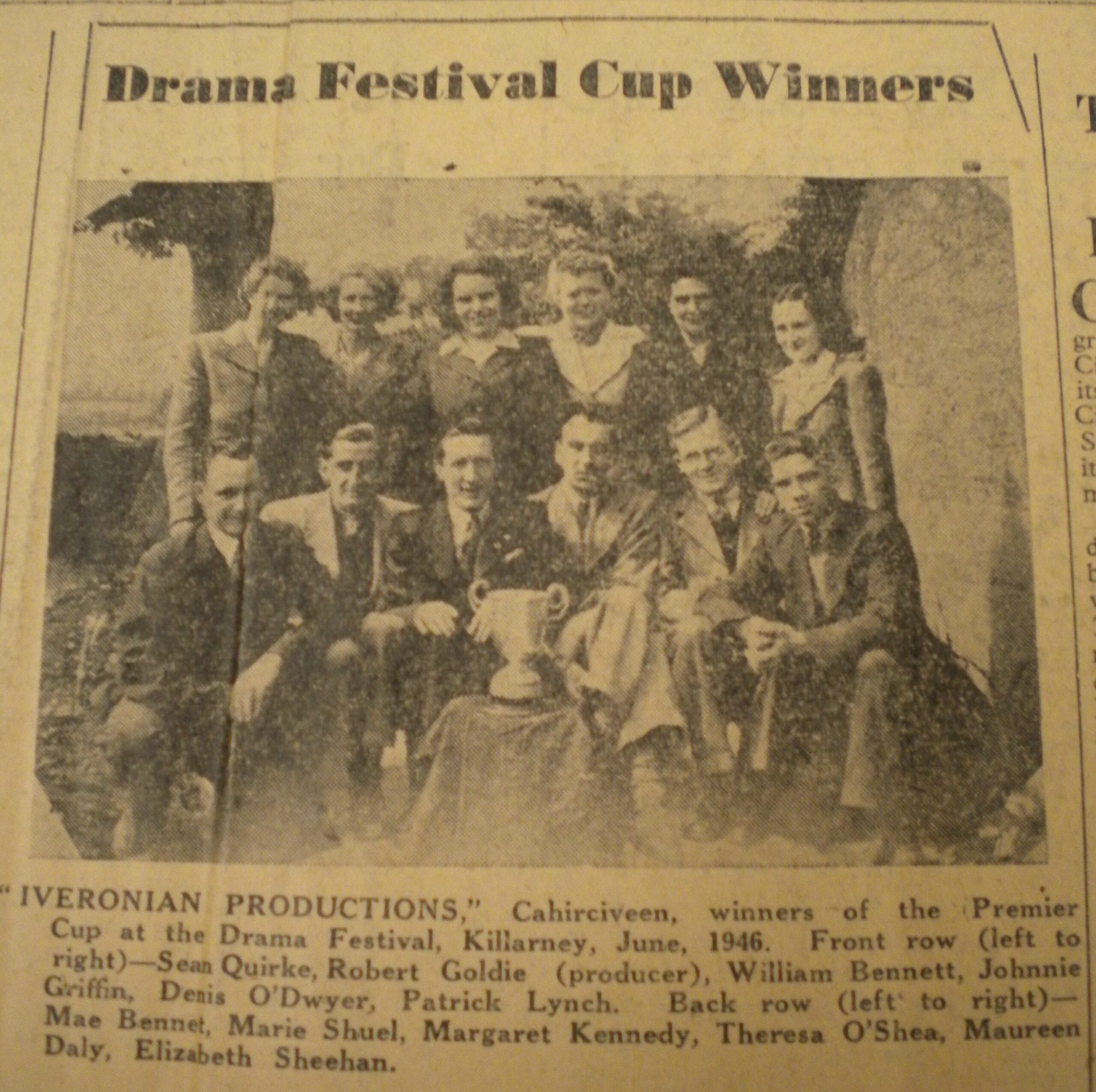 Photo From – The Kerryman Newspaper

Bryan MacMahon founded the Listowel Drama Group in 1944 and its motto was, ‘The Stage Shall Never Die!’ Bryan was a huge advocate of the amateur drama movement. He was also a talented playwright. His first success came in 1949 with The Bugle and the Blood, a play based on the Civil War. It was staged by the Abbey Theatre in 1948. The group entered the production in the Kerry Drama Festival in 1949.

Eamon and Maura Kelly began their acting careers with the Listowel Drama Group. The starred in the group’s production of The Playboy of the Western World, in 1950. Maura played Pegeen Mike and Eamon played Christy Mahon. The photograph of the cast appeared on the front page of the Kerryman newspaper after they won the Kerry Drama Festival in 1950. 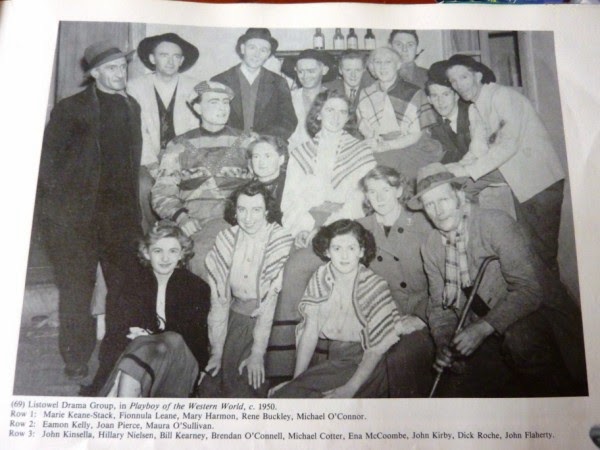 Photo From – The  Kerryman newspaper

The Killarney Players were founded in 1939.

This photo is of a Killarney Players’ production (unidentified play), during the 1940s. Seamus de Faoite, playwright and actor, is actor with beard. De Faoite’s play, The Cardinal and the Crows, won the Kerry Drama Festival New Play Section in 1945. 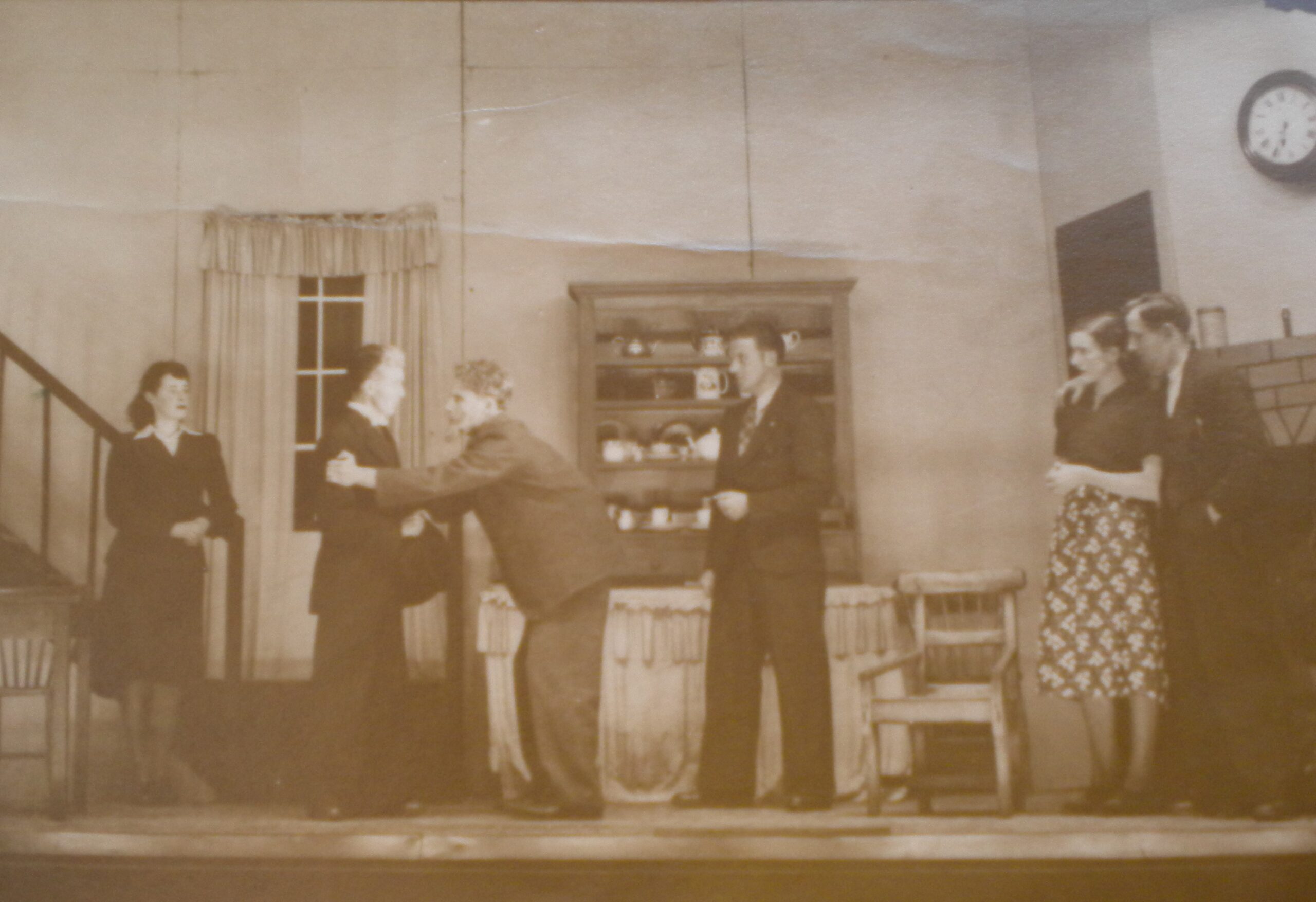 With the rise in interest of amateur drama came the advent of competitive festivals. The Kerry Drama Festival was founded in Killarney in 1943. Spearheading its founding was the Irish Italian Jo Albericci, pictured here. She was a very talented director and founded the Hibernian Players in 1943. She eventually moved to Dublin in 1947 on the invitation of Abbey Theatre director, Ria Mooney, where she joined the Abbey School of Acting as Mooney’s assistant.

Sive by John B. Keane is synonymous with the Irish amateur drama movement. Listowel Drama Group premiered the play in 1959 in Listowel. It took the amateur drama world by storm and won the Al-Ireland Festival title in 1959. The group was subsequently invited to stage the play at the Abbey.

Like so many other amateur groups, Listowel Drama Group staged plays in other towns and villages.

So many groups staged so many plays down through the decades. What are your memories? 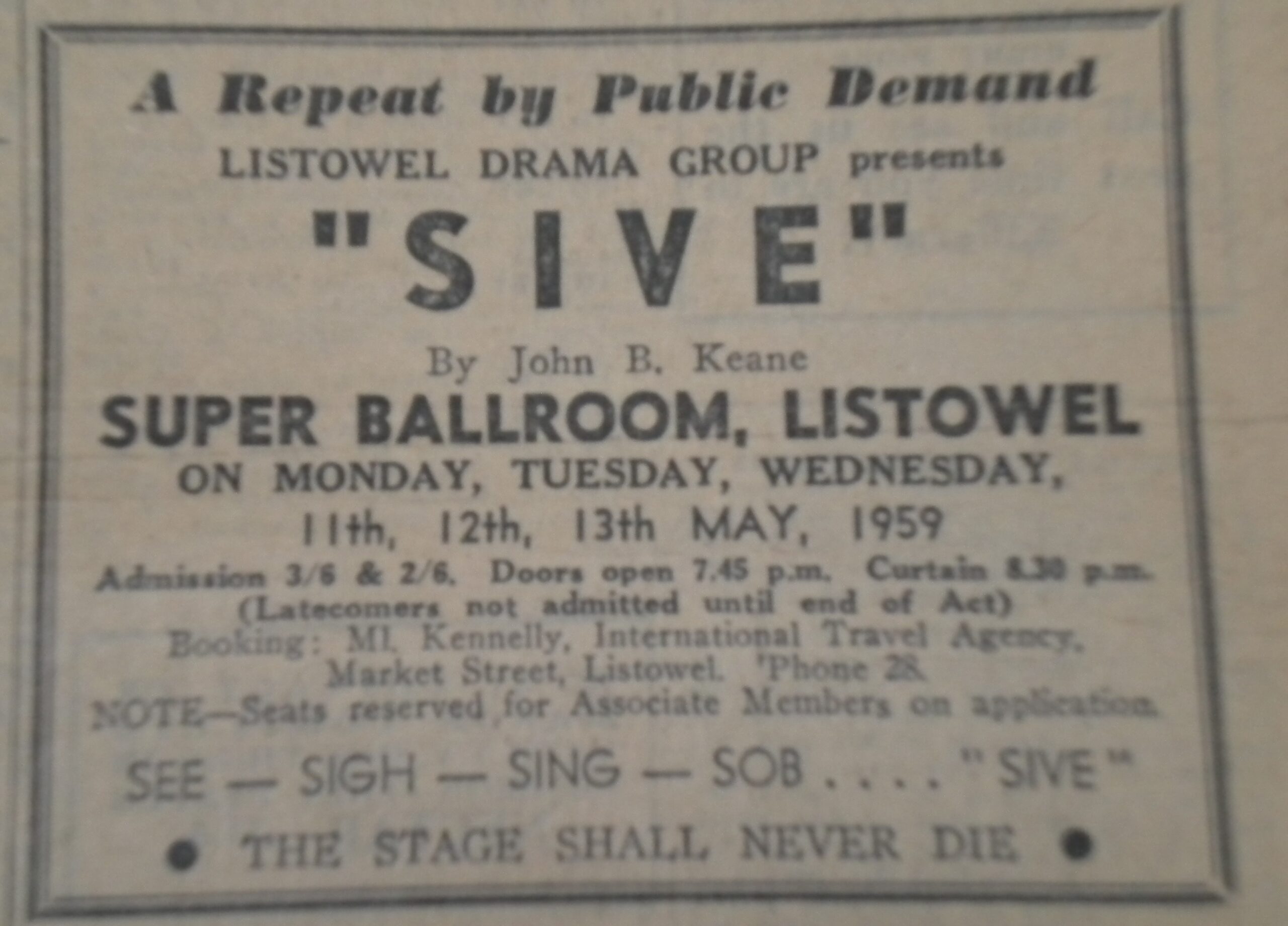