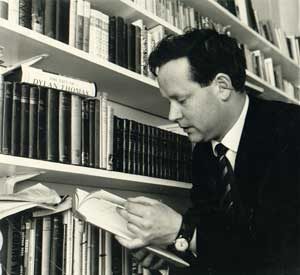 Brendan Kennelly was born in Ballylongford in 1936. One of a large family, he went to the local National School and received his secondary education at St. Ita’s College, Tarbert, an inter-denominational school, where at the age of 12, he was reading Baudelaire.

In 1963 he was appointed to the Department of English in Trinity College, Dublin, became a Fellow of the College in 1967, was promoted Associate Professor of English in 1969, and became the first occupant of the newly-created Chair of Modern Literature in 1973. He retired from this post in 2006.

Two novels by Brendan Kennelly, The Crooked Cross (1963) and Florentines (1967), have been well received. He won the AE Memorial Prize for Poetry in 1967 and the Critics’ Special Harvey’s Award in 1988.

In 2016 Brendan returned to his ancestral home in North Kerry where he now enjoys his retirement.

To learn more about Brendan Kennelly & hear some of his work in his own voice, click here.