Hostage to the Devil 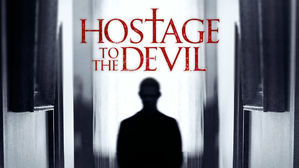 A screening of the acclaimed documentary film, Hostage to the Devil will take place in Kerry Writers’ Museum on Wednesday October 31st at 7.30 pm.

Hostage to the Devil launched on Netflix in 2017 and people were utterly fascinated by the story of Father Malachi Martin, the Kerry man who claimed to have performed hundreds of exorcisms around the world.

The documentary, which was made by the Dublin-based Underground Films and Causeway Pictures in Belfast, uses real footage from exorcisms in addition to interviews, dramatic reconstructions and archival material.

Despite the fact that he passed away 17 years ago, Father Martin is still an incredibly divisive and controversial figure. While his work and faith is laid out in detail, the narrative scope of Hostage to the Devil isn’t just confined to his life. The filmmakers have a broader question in mind, one that has existed for centuries, does the Devil exist?

Malachi Brendan Martin was born in Ballylongford, Co. Kerry on July 23rd, 1921 to a middle-class family in which the children were raised speaking Irish at the dinner table. Catholic belief and practice were central; his three brothers, including Francis Xavier Martin, also became priests, two of them academics.

Originally ordained as a Jesuit priest, he became Professor of Paleography at the Vatican’s Pontifical Biblical Institute. Disillusioned by reforms, he asked to be released from certain aspects of his Jesuit vows in 1964 and moved to New York City, where he later became an American citizen.

His 17 novels and non-fiction books were frequently critical of the Catholic Church, which he believed had failed to act on the third prophecy revealed by the Virgin Mary at Fátima. Among his most significant works were The Scribal Character of The Dead Sea Scrolls (1958) and Hostage to the Devil (1976) which dealt with satanism, demonic possession, and exorcism.