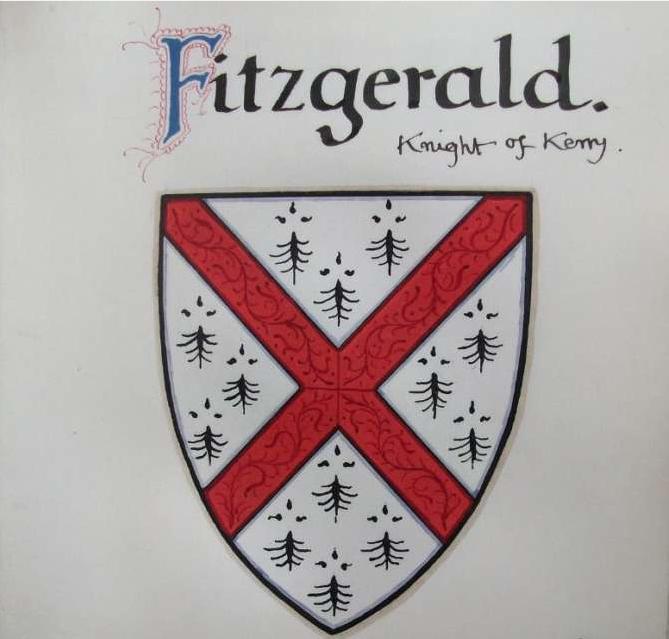 History lectures return to Kerry Writers’ Museum this October with a lecture on the Knights of Kerry by Listowel historian Tom Dillon on Thursday October 17th at 8 pm.

The Knights of Kerry, also called The Green Knight, are one of three Hiberno-Norman hereditary knighthoods, all of which existed in Ireland since feudal times. The other two were The White Knight, being dormant since the 19th century, and the Knight of Glin (The Black Knight), dormant since 2011. All three belong to the FitzGerald dynasty, being created by the Earls of Desmond for their kinsmen.

The Knight of Kerry held lands in the barony of Iveragh in the South Kerry and in the area around Listowel.. The latter included several townlands in the parish of Finuge, barony of Clanmaurice. John Fitzgerald, the 12th Knight of Kerry, of Ennismore was granted estates under the Acts of Settlement in 1667. He held on to his family’s ancestral estates during the political upheaval of the 17th century, which will be the main subject of the lecture.

Tom Dillon graduated from the University of Limerick with an MA in History of the Family in 2014. Between 2014 & 2018, Tom gave numerous lectures on the involvement of Kerry people in the First World War and wrote the hugely successful 1916 centenary supplement published by Kerry’s Eye. Tom recently volunteered as a guide on Listowel Guided Heritage Walk.

Also in attendance on the night will be Sir Adrian Fitzgerald, the current Knight of Kerry.

Kerry Writers’ Museum would like to acknowledge the support of Kerry Education & Training Board for its history lecture programme. Details of future lectures will be available on the Museum’s website www.kerrywritersmuseum.com.