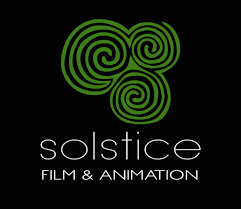 Kerry Writers’ Museum is delighted to announce that Solstice Animation Camp will take place from Monday July 22nd to Friday July 26th from 10 am to 2 pm daily. The camp will feature stop motion animation and scratch programming. It will provide a range of content to promote interaction and engagement in task-based and collaborative activities. The Solstice Animation Camp is specially designed for schoolchildren aged from 8 years old and upwards. The cost of each camp is €100 per child per week and numbers on the camp are limited to 10 participants. If you wish to register please contact us on 068 22212 or email info@kerrywritersmuseum.com

What is Stop Motion Animation
Stop Motion Animation is a technique used in animation to bring static objects to life on screen. This is done by moving the object in increments while filming a frame per increment. When all the frames are played in sequence it shows movement. Clay figures, puppets and miniatures are often used in stop motion animation as they can be handled and repositioned easily.

It is almost as old as film itself. Film makers needed a way to animate objects on screen and the technique was devised. The first instance of its usage is credited to J. Stuart Blackton and Albert E. Smith for bringing a toy circus to life in Humpty Dumpty Circus (1897).

The advent of computer generated imagery has removed stop motion animation from the mainstream. But its unique effect and the realistic textures it brings (since actual materials are used in filming) means it will not die out anytime soon. It is still widely used in artistic films, shorts, and commercials.