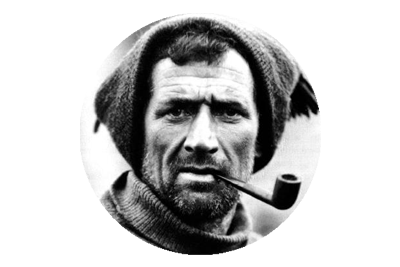 To commemorate 80 years since the passing of Kerry explorer, Tom Crean his best-selling biographer Michael Smith will recall the epic life of the farmer’s son from Anascaul in a special history lecture. Crean served on three major expeditions of discovery to the Antarctic a century ago, spent longer in the ice than either Captain Scott or Ernest Shackleton and outlived them both.

Michael will be joined on the night by Crean’s granddaughter Aileen Crean O’Brien and her partner Bill Sheppard who will recount the expedition they undertook on the centenary of the Kerryman’s historic traverse of South Georgia with Frank Worsley and captain of the Endurance, Ernest Shackleton. Wishing to honour their renowned grandfather and great-grandfather, the Crean O’Brien family decided to retrace his footsteps on the thirty-six hour traverse that finally brought the men to Stomness whaling station and salvation after months of being stranded in frozen ice. A century on, Tom Crean’s character lives on, not just in his descendants but also in a very real way in the place where he made Polar history.

Michael Smith is an authority on Polar exploration whose nine books have generated combined sales of over 250,0000.  His best-selling biography of Tom Crean, An Unsung Hero, has sold well over 100,000 copies worldwide and cast new light on Ireland’s significant role in early Polar exploration. He has appeared in TV and radio documentaries and lectured at many literary festivals in Ireland, including Writers’ Week Listowel, Cúirt, West Cork Literary Festival, Mountains to Sea Festival Dublin, Eigse and the Ennis Book Festival. Michael has also spoken at many prestigious venues, including:  National Library of Ireland, The National Museum of Ireland, Princess Grace Memorial Library Monaco, Queen’s Gallery Buckingham Palace, Queen’s University Belfast, Royal Geographical Society, Royal Scottish Geographical Society and Scott Polar Research Institute Cambridge.   Michael is a former award-winning journalist with The Guardian and The Observer.