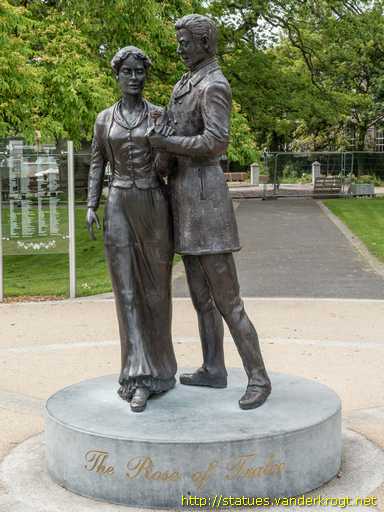 William Pembroke Mulchinock was born in Tralee, County Kerry. His exact date of birth is not recorded, but he was baptised on the 5th of March 1820. His father was Michael Mulchinock, a successful woollen and linen merchant who owned several properties in the Tralee area. His mother was Margaret McCann.

His unusual second Christian name, Pembroke, was the surname of his Godfather, who was the husband of one of his aunts. William and his two brothers and two sisters enjoyed the usual childhood of a family which had all the trappings of wealth – coachmen, gardeners, farmhands and servants. One of these servants was Mary O’Connor, who was born in a thatched cottage in Brogue in Tralee. Her father was a shoemaker, and her mother was a dairymaid.
Originally, she had been taken on as a kitchen maid by the Mulchinocks when she was aged seventeen, but, she was soon promoted to nursery maid, looking after the two nieces of William. And it was while visiting his nieces that William first set eyes on Mary O’Connor, with whom he fell immediately in love.

But, when his family discovered that he was paying attention to a servant and writing poems to her they were furious! More problems for the Muichinocks followed when they found out that William had contributed poems to “The Nation”. This was the newspaper of the Young Irelanders who advocated armed rebellion against British rule (to which the Mulchinocks were intensely loyal).