A HOP INTO SPACE

Once upon a time there lived a Giant Superfast Rabbit called Sir Hops-a-lot. He shared his home, an underground bunker in the Amazon, with his best friend Chopper the pig.

Chopper never stops talking. Morning, noon and night he talked and talked and Sir Hops-a-lot never could get a word in.

Every night Hops and Chopper sat gazing at the moon and wondered what it is made of.

Hops had a dream of being the first rabbit in space and to discover that the moon is actually made out of cheese.

Even though Hops is a super fast rabbit and can run at great speed, he has one problem – he is terrified of heights!! 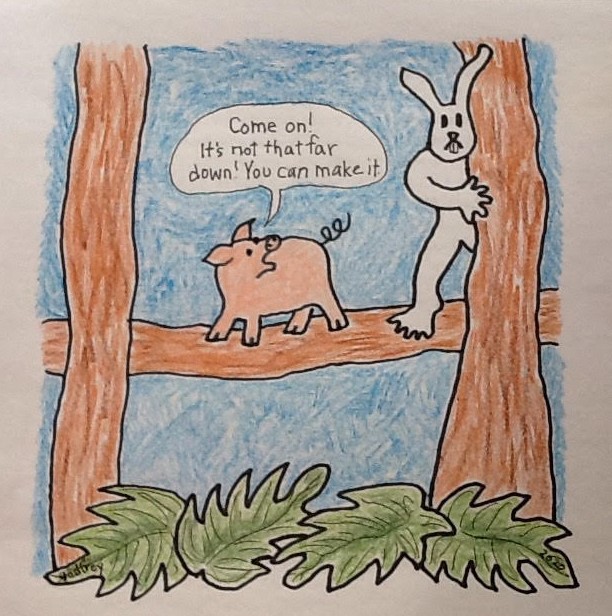 Once upon a time there was a fried potato called Jimmy. He lived in the bottom of a bin in McDonalds with his best friend Sally the Silly Sausage.
Every day, Jimmy dreamed of getting a third leg so he would be fast enough to outrun his greatest enemy, The Binman.
The only problem is the leg that fits him is in the back of the bin truck …. 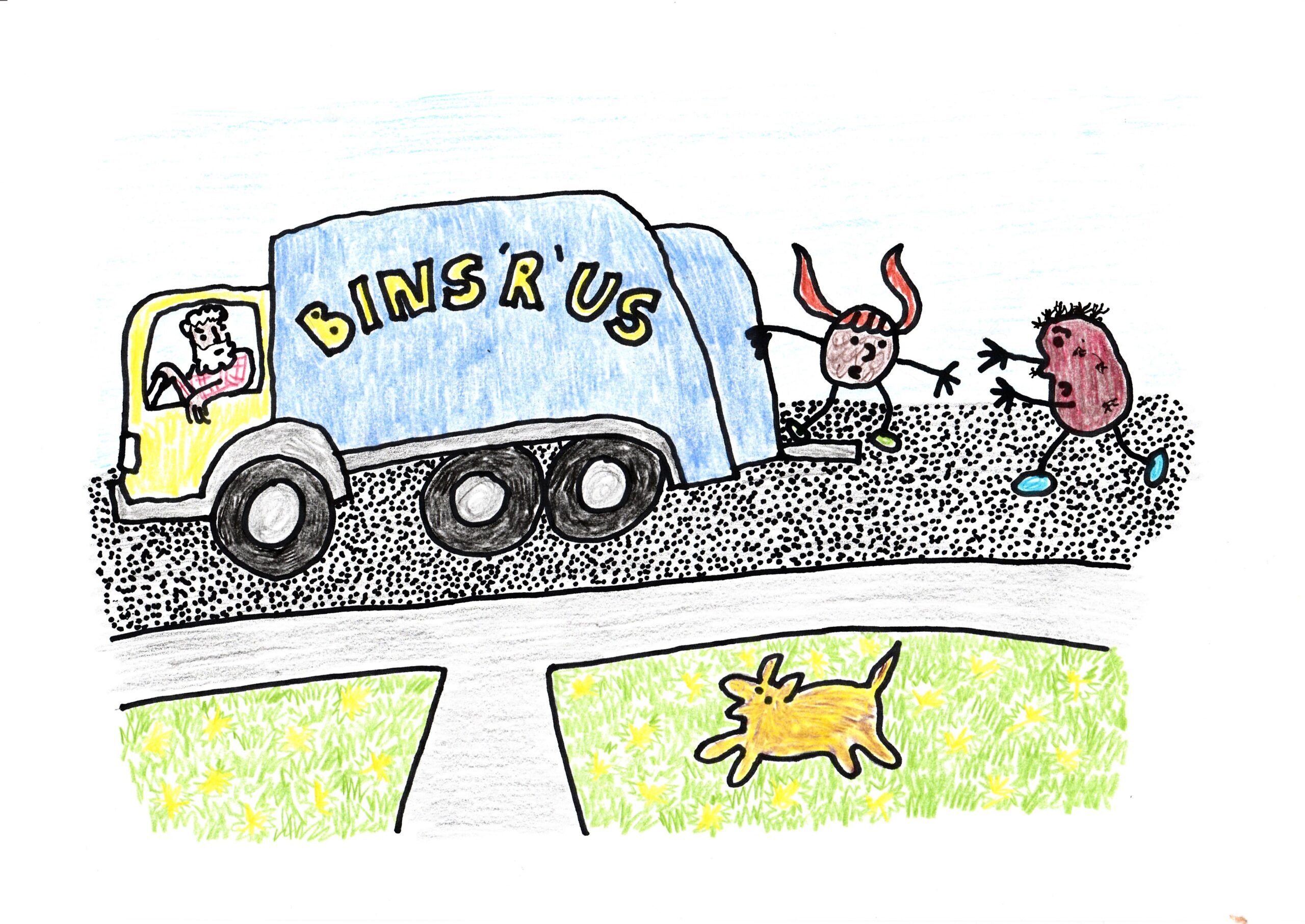 One day Maniac the Monkey was walking along the street when he bumped into Straight Banana who was his best friend. Unfortunately, he knocked Straight Banana down the hill and Straight Banana got angry and decided to gather an army of banana friends to destroy the monkey race.

They hold a secret meeting in the middle of the banana tree but they didn’t realise that there was a spy at the meeting who was dressed as a banana.

He overheard the bananas plans so that when the monkeys ate them they would become ill.

The spy goes back to Monkeyland to tell them what the bananas are planning.

When the monkey went back to HQ he did not know that the bananas had fitted a secret tracker to his tail. 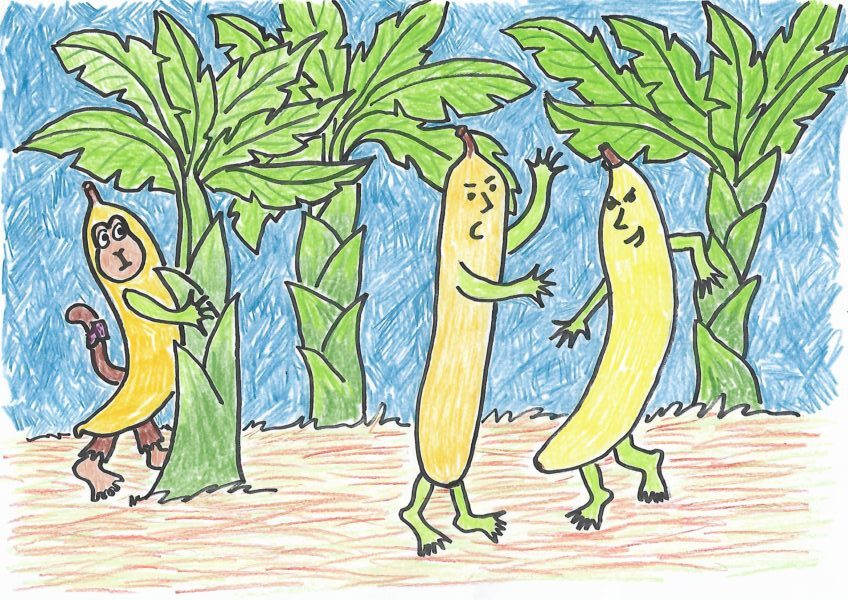 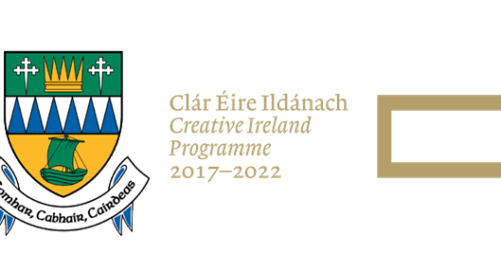