Raising the Curtain on Kerry’s Amateur Drama Heritage is a new exciting and innovative research project being developed by Kerry Writers’ Museum.

For the greater part of the 20th century, theatre audiences throughout rural Ireland were almost solely reliant on the amateur dramatic movement. In the aftermath of the Civil War in 1923, communities in the newly formed Free State turned to amateur drama, attempting to develop some semblance of social re-invigoration.

As the Irish population became obsessed by cinema and Hollywood ‘talkies’ and dancing to the sounds of the quickstep and foxtrot, such entertainment was deemed by the Roman Catholic Church as immoral and, subsequently, religious leaders enforced a Lenten ban on these activities. Determined to find another means of social interaction, communities took to the stage. The rise in amateur dramatic activity was phenomenal and, with the advent of regional competitive festivals during the 1940s, it remained second only to the GAA in popularity, until the 1970s or so.

Despite the fact that the amateur dramatic tradition played a vital role in Irish society, it is an unjustly neglected aspect of our cultural heritage. Raising the Curtain on Kerry’s Amateur Drama Heritage is aimed at researching and documenting this history.

Believed to be the first community project of its kind, it has received the support of The Heritage Council under the Community Heritage Grant Scheme, to complete work on cataloguing the extensive archival material held in the Museum’s repository. Crucially, its Community Outreach and Oral History Project is central to the work.

Amateur drama was at the very heart of hundreds of communities nationwide, throughout the 40s, 50s and 60s. The project is reliant on the assistance of communities and encourages people to come forward with their stories of drama in their localities, as well as photographs, programmes, scripts, and other memorabilia. As Fiona maintains, based on her experience, there are treasure troves in attics, garages and the like nationwide, that are invaluable to this project. 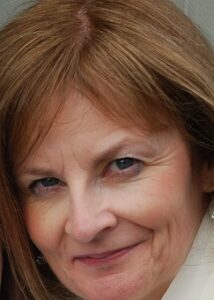 Theatre Historian and Archivist, Dr. Fiona Brennan, a native of Killorglin, Co. Kerry, graduated with a PhD in Drama and Theatre Studies in 2011. She is author of George Fitzmaurice “Wild in His Own Way”: Biography of an Abbey Playwright with an introduction by Fintan O’Toole (Carysfort Press, 2005).

Commissioned by Cork City Council, she is co-editor of The Drama and Ideology of Terence MacSwiney: Caught in the living flame, (Cork University Press), forthcoming in 2022.

She has scripted and presented on various heritage and theatre topics for RTE’s Lyric FM and Radio Kerry, including her work on Kerry’s amateur drama movement, the Abbey Theatre, neglected women playwrights, including the revolutionary activist and renowned author, Máirín Cregan, Abbey playwright and Caherciveen native, Pauline Maguire, and others.

She has curated exhibitions on the amateur drama movement and contributed to Cork Public Museum’s exhibition, Suffering the Most: the life and times of Tomas McCurtain and Terence MacSwiney.

Steeped in the amateur drama movement in Co. Kerry, she has directed on professional and amateur productions.

Fiona is a Committee Member of Killorglin Archive Society and a founding member and a Trustee of the George Fitzmaurice Society. She has also coordinated events including Cork Midsummer Arts Festival, Theatre Walking Tour (2015); the George Fitzmaurice Remembered, (Dublin and Kerry); the Eamon Kelly Remembered Symposium in Killarney and the John Millington Synge Gathering in conjunction with Siamsa Tire.

Fiona holds a Diploma in Tourism Business Studies. She and her husband Mike O’ Sullivan established Irish Literary Trails in 2000, creating and leading specialist literary, heritage and environmentally-themed tours of Ireland for American and Irish companies.

‘My work as a historian lends itself to creative, imaginative and investigative research and development within the cultural, heritage, and education sectors.’

Back to Kerry Amateur