The months of April and May, 1921 saw a lot of bloodshed in the parish of what is now Moyvane-Knockanure near Listowel in North Kerry. On Thursday, 7 April, Mick Galvin, an IRA volunteer, was killed by British forces during an ambush at Kilmorna in Knockanure. The IRA had been lying in wait to ambush a group of British soldiers who were cycling to Listowel after a visit to Sir Arthur Vicars at Kilmorna House, his residence. Vicars had been Ulster King of Arms and custodian of the Irish Crown Jewels which were kept in Dublin Castle, the burglary of which in 1907, although Vicars was never seriously suspected of being involved in their theft, led to his ruin.

Found guilty of negligence and dismissed from his post, ruined socially and financially with neither position nor pension, Vicars, at the invitation of his half-brother, George Mahony, came to live in Kilmorna House. When George died in 1912, he left the estate to Sir Arthur’s sister, Edith, who lived in London. She decided that Sir Arthur could live out his life in Kilmorna.

Kilmorna House, known, locally as the Great House lay four miles south east of Listowel and six miles north west of Abbeyfeale. In 1834 the house was purchased by Pierce Mahony. It incorporated the original house that had been built in 1700, but Kilmorna House was of a much greater scale, much grander. It comprised three floors, 20 rooms, a library of books, a chapel, wonderful walled gardens and terraces with granite steps, all overlooking the river Feale as it flowed and meandered its way through the north Kerry countryside below.

Inside, the house was adorned with oak panelling, grand paintings, coats of armour, old weapons and silver from the reign of King Charles II (1630-1685) and King George III (1738-1820). Romantic and alluring tree-lined walks led from the house to the river. With its famed guests, grandeur, attendant servants and staff, valets, land agents and large tracts of land, Kilmorna House could rightfully be claimed as Kerry’s answer to Downton Abbey. It was one of the great houses in Kerry in the 19th and early 20th centuries. 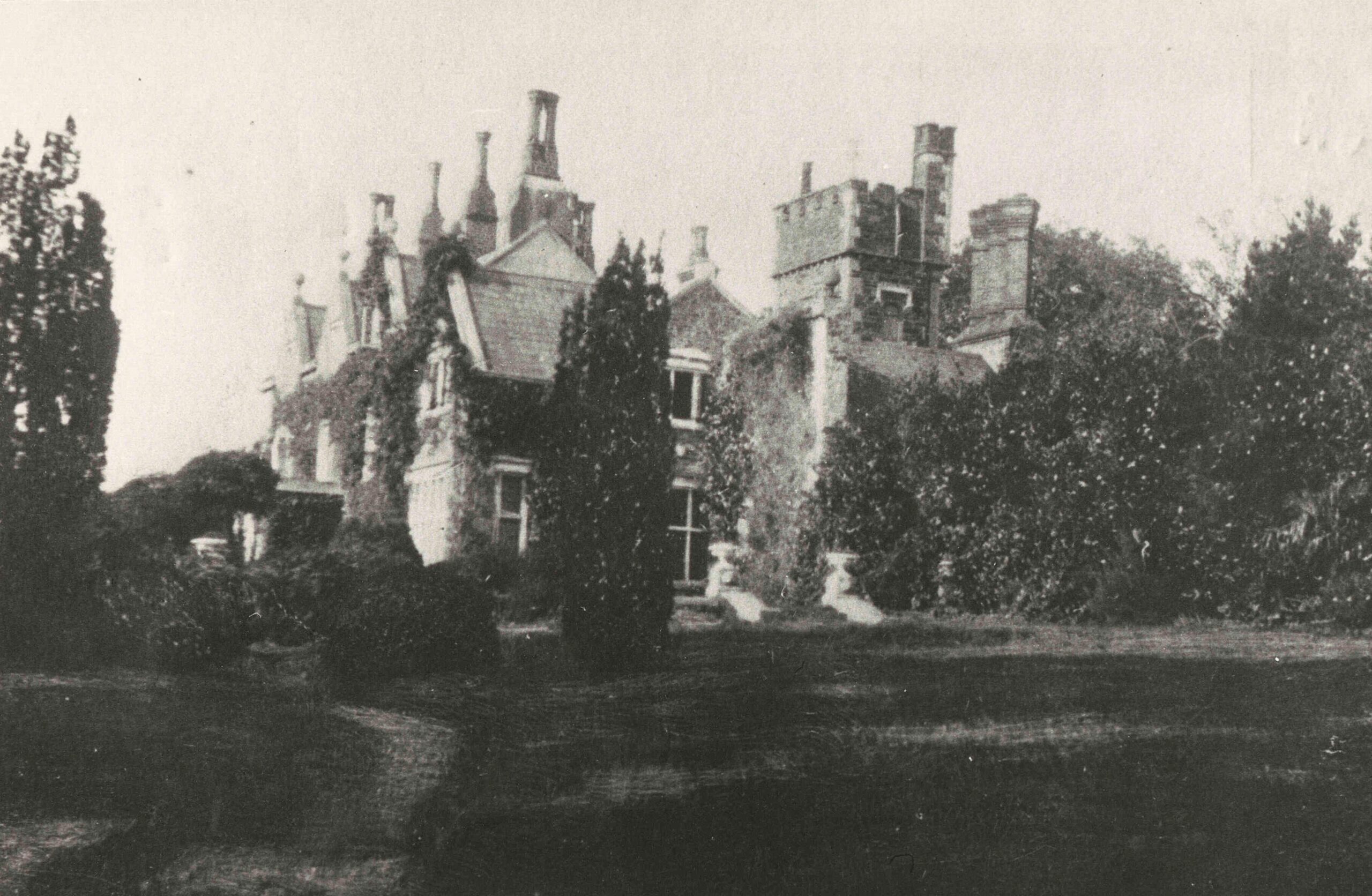 Pierce Mahony was a solicitor, an improving agriculturist and an avid support of Daniel O’ Connell, the Liberator. He showed strong Nationalist leanings and a strong interest in constitutional politics. He ran for parliament in Kinsale in 1837 on the repeal ticket championed by O’Connell and was duly elected an MP.

The Repeal Association was a political movement set up by Daniel O’Connell in 1830 to campaign for a repeal of the Acts of Union of 1800 between Great Britain and Ireland. In essence, it wished to reinstate a parliament in Dublin as had existed with Grattan’s parliament in the 1700s. However, O’Connell wished to have full Catholic involvement following on from the Act of Emancipation in 1829 that sought to remove many of the restrictions facing Catholics and going right back to the infamous penal laws.

A lesser known but equally captivating facet of Kilmorna House was the discovery of its Visitor Book, kept in the house at the tail end of the 19th century, between 1888-1899. The book survived the 1921 fire and has been kept in the Mahony family who owned Kilmorna House all these years since. They have permitted historians to use the book for research and it has offered a unique insight into the latter part of the 19th century. The Visitors Book and accompanying papers have recently been donated by the family to Kerry County Museum.

Many of the who’s who of Irish and indeed British society stayed at Kilmorna House and left their signatures in the Visitors Book which now forms a golden nugget of local and Irish history. Names like W.B. Yeats, Charles Stuart Parnell, the uncrowned King of Ireland, William Percy French, John Redmond and Maud Gonne passed through its doors. With Kilmorna railway station but a mile away, guests could be easily transported to the house and must have provided a source of great excitement for the people in the surrounding area.

Sir Arthur Edward Vicars, KCVO was a genealogist and heraldic expert. Born on 27 July 1862 in Leamington Spa, Warwickshire, Vicars was the youngest child of Colonel William Henry Vicars of the 61st Regiment of Foot and his wife Jane (originally Gun-Cunninghame). This was his mother’s second marriage, the first being to Pierce O’Mahony by whom she had two sons. Arthur was very attached to his Irish half-brothers and spent much time at their residences. On completing his education at Magdalen College School, Oxford and Bromsgrove School he moved permanently to Ireland.

He quickly developed an expertise in genealogical and heraldic matters and made several attempts to be employed by the Irish heraldic administration of Ulster King of Arms, even offering to work for no pay.

In 1891 he was one of the founder members of the County Kildare Archaeological Society, and remained its honorary secretary until his death.

He first attempted to find a post in the Office of Arms when in 1892 he applied unsuccessfully for the post of Athlone Pursuivant on the death of the incumbent, Bernard Louis Burke. In a letter dated 2 October 1892 Vicars’s half-brother Peirce Mahony wrote that Sir Bernard Burke, Ulster King of Arms, was dying and urged him: “You should move at once.” Burke died in December 1892, and Vicars was appointed to the office by Letters Patent dated 2 February 1893. In 1896 Arthur Vicars was knighted, in 1900 he was appointed Commander of the Royal Victorian Order (CVO) and in 1903 he was elevated to Knight Commander of the order (KCVO). He was also a fellow of the Society of Antiquaries and a trustee of the National Library of Ireland.

In 1897 Vicars published An Index to the Prerogative Wills of Ireland 1536 -1810, a listing of all persons in wills proved in that period. This work became very valuable to genealogists after the destruction of the source material for the book in 1922 when the Public Record Office at the Four Courts was destroyed at the start of the Irish Civil War. 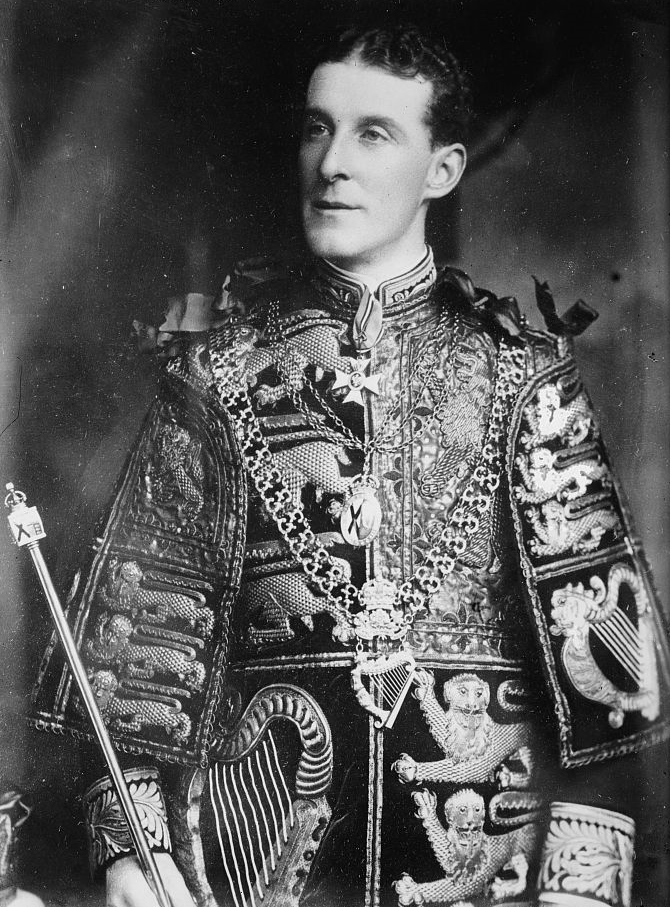 Vicars’ career was very distinguished until 1907 when it was hit by the scandal of the theft of the Irish Crown Jewels. As Registrar of the Order of St Patrick, Vicars had custody of the insignia of the order, also known as the “crown jewels”. They were found to be missing on 6 July, and a Crown Jewel Commission under Judge James Johnston Shaw was established in January 1908 to investigate the disappearance. Vicars and his barrister Tim Healy refused to attend the commission’s hearings. The commission’s findings were published on 25 January 1908 and Vicars was dismissed as Ulster five days later.

On 23 November 1912, the Daily Mail published serious false allegations against Vicars. The substance of the article was that Vicars had allowed a woman reported to be his mistress to obtain a copy to the key to the safe and that she had fled to Paris with the jewels. In July 1913 Vicars successfully sued the paper for libel; the paper admitted that the story was completely baseless and that the woman in question did not exist. Vicars was awarded damages of £5,000.

Vicars left Dublin and moved to Kilmorna, near Listowel, County Kerry, the former seat of one of his half-brothers. He married Gertrude Wright in Ballymore, County Wicklow on 4 July 1917. He continued to protest his innocence until his death, even including bitter references to the affair in his will.

Back to War of Independence in North Kerry