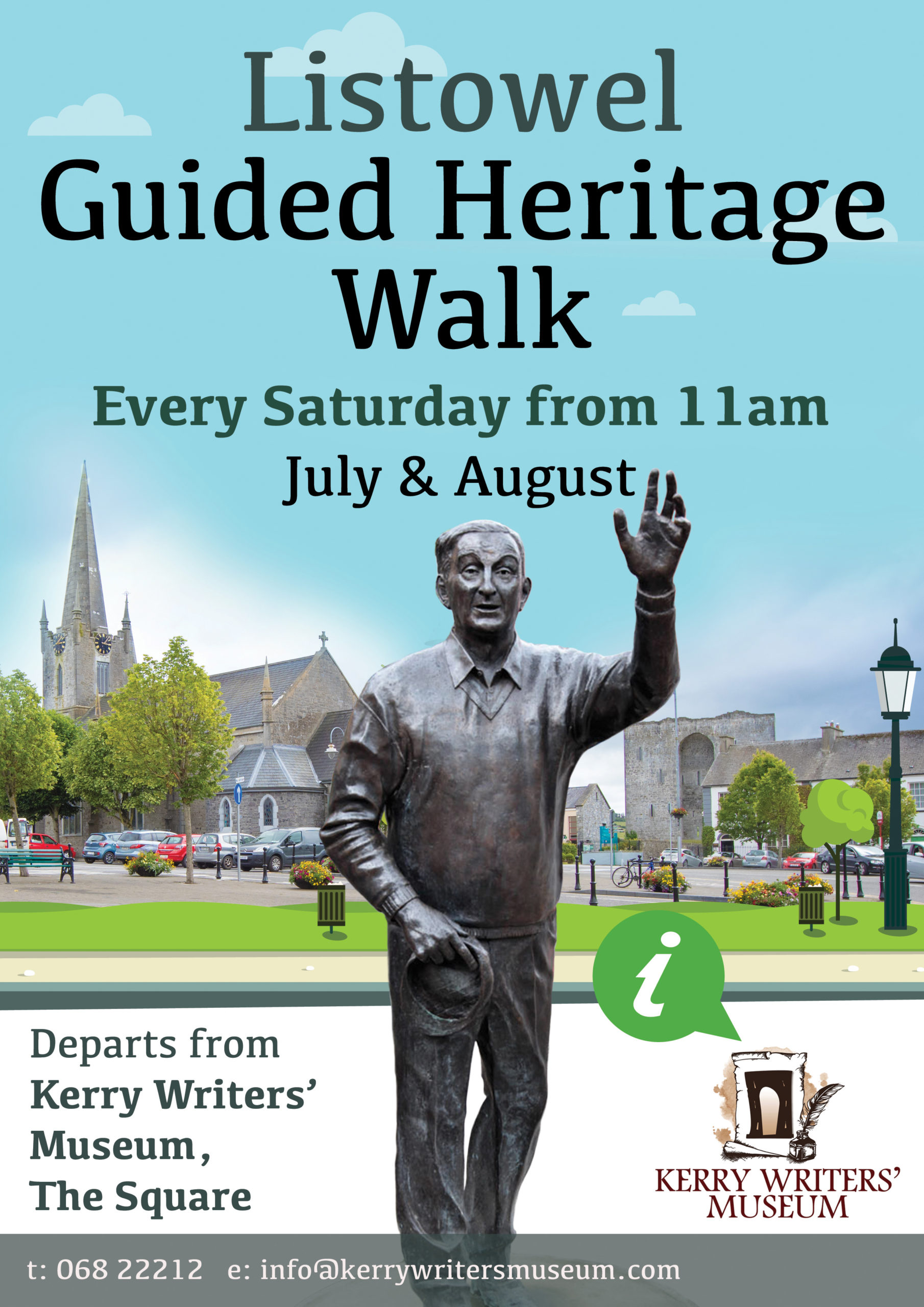 Listowel Guided Heritage Walk, organised by Kerry Writers’ Museum takes place every Saturday from 11 am during July & August. Accompanied by local guides, our Guided Heritage Walk will take visitors back in time to discover the history of our lively market town from Medieval times to present day.

Here tales of mutiny & murder, heroism and legends. From bell-ringer to blacksmith, shoemakers to weavers, traverse the streets of the town in the footsteps of past generations.

A Potted History of Listowel

Modern Listowel is likely to be located near an old Celtic settlement – Lios Tuathail. It was with the coming of the Normans to Ireland in the 12th century, that Listowel’s stature as an important strategic location grew.

Present day Listowel Castle was constructed in the 1500s, to serve as a fortress for the Fitzmaurices, Earls of Kerry, kinsmen of the Fitzgerald Norman Dynasty (the Green Knights). Charles Wilmot, under instruction from Elizabeth I, sacked Listowel and subdued the castle in 1600.

Like many places in the south and west of Ireland, Listowel was ravaged by the Great Famine (1845-49). Teampall Ban, with its monument and surrounding gardens, marks the location of the local famine mass grave.

However, the 19th century was also a time of considerable social, economic and cultural progress in the town. It saw the opening of the North Kerry rail-line and the Listowel Ballybunion Lartigue monorail. Did you know that Lisowel Races commenced in 1858, moving from Ballyeigh Strand near Ballybunion.

Listowel was embroiled in the political conflicts of the early 20th century, the War of Independence followed by the Civil War. For example, ‘Listowel Mutiny’ of 1920 is of particular historical importance.

Listowel Guided Heritage Walk will take you beyond the headline events and delve into the stories that are unique to our town.

Free to children up to 15 years.