Welcome to ‘Listowel through the Ages’ at Kerry Writers’ Museum. In this interactive exhibition you will be taken on a journey deep into the landscape, history and folklore that fired the genius of our writers. Discover ancient landscapes, medieval knights, the horror of famine and tales of mutiny.

Listowel Through the Ages is located in the Museum’s main auditorium, adjacent to our reception and contains four distinct periods of history.

Here we focus on ancient sites, standing stones, and the many ring forts dotted around North Kerry. But you will also learn about ancient beliefs & legends which date back to pre-historic times. These form the fabric of storytelling at Kerry Writers Museum.

Discover North Kerry’s many medieval sites, in particular the Fitzmaurice Castle adjacent to Kerry Writers’ Museum. Don’t worry if you visit when the Castle’s is closed for tours as you can learn all about its history and architecture here. You can also hear the captivating voice of poet Brendan Kennelly recalling his childhood memories of Carrigafoyle Castle.

Victorian Listowel and The Great Famine

The tragedy of the Great Famine in North Kerry is interpreted and compared with the period that followed. This by contrast saw the beginning of the Listowel Races, and the expansion of Ireland’s railways giving us the Lartigue Monorail and the Great Southern & Western Railway amongst others. View original film footage of Ireland’s strangest train!

Like all parts of Ireland the War of Independence and Civil War left there mark on North Kerry. It very much influenced the writers we feature in our Museum. Discover how they also had an impact on our culture inspiring numerous songs and poems. View original film footage from the period and encounter local events, for example the Listowel Police Mutiny.

Come and explore your past! 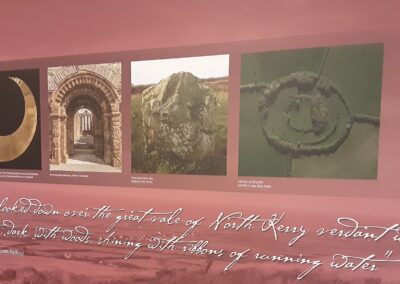 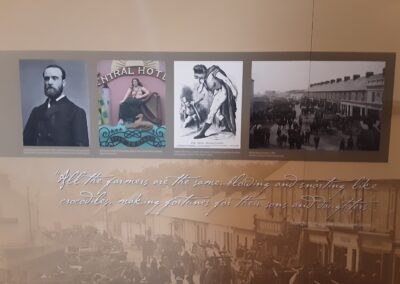 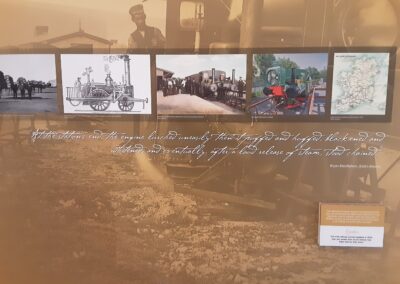