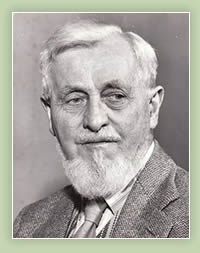 Maurice Walsh, novelist and short story writer was born in the parish of Ballydonoghue, just outside LIstowel on 2nd May 1879. He was the third child of ten and the first son born to John Walsh, a local farmer, and his wife Elizabeth Buckley who lived in a three-roomed thatched farmhouse. John Walsh’s main interests were books and horses and he himself did little about the farm, preferring to have a hired man. The most famous of these was Paddy Bawn Enright, whose name was to be immortalised by Maurice Walsh in his story The Quiet Man (though the name was not used in the movie version). John Walsh passed on to his son not only a love of books but also legends and folk tales and the theory of place that were later to be a feature of many of Maurice’s books.

He received his early education at Lisselton National School and then spent two years at St. Michael’s College, Listowel. He entered the British civil service in 1901 and was appointed to the excise department in the Highlands of Scotland. Maurice had always been interested in writing and, during his early years in Scotland, this interest started to bear fruit. He sent off some stories and had two published in the Irish Emerald in 1908. That year also saw his marriage, on 8 August 1908, in Dufftown,Banffshire, Scotland, to Caroline Begg (always known by her nickname “Toshon”).

When the Irish Free State was formed in 1922, Maurice transferred to its excise service and moved to Dublin. Fighting was still going on there at the time and he left his family in Scotland until it was safe for them to join him in 1923. The story The Key Above the Door was written during those months of separation although it was not published until some years later, appearing first in Chambers Journal as a serial between December 1925 and May 1926 and then in book form (published by W & R Chambers Ltd) in July 1926.

Sales of Maurice Walsh’s books grew steadily, especially in the wake of an unsolicited and generous letter from J. M. Barrie (of Peter Pan fame), praising The Key Above the Door, that Chambers were subsequently able to use on dust covers of Maurice’s books.

Maurice retired from government service in 1933 but his success as a writer continued. Indeed it was in that year that he first sold a story to the Saturday Evening Post, then a well-known weekly magazine published in the United States. That story (later to be incorporated in the collection of stories published under the title Green Rushes) was The Quiet Man which was subsequently produced by John Ford starring John Wayne & Maureen O’Hara. His 1950 novel, Trouble in the Glen, was filmed in England 1954.

Maurice became President of the Irish branch of PEN in 1938 and visited the United States for an international meeting that year as the Irish delegate. His wife Caroline was able to accompany him although she had been in failing health for some years. She died in January 1941. Maurice himself died on February 18, 1964 in Blackrock (a suburb of Dublin) and is buried in the Esker cemetery at Lucan, County Dublin.

In 2002 the papers of Maurice Walsh were purchased by the University of Limerick and are available to view in their Literary Archive.