Dust off your dancing shoes for a Set Ceilí Dance at Kerry Writers’ Museum. Did you know that we host a Sunday afternoon dance around four times a year. Sets may be called by Athea dance master Timmy Woulfe and music is provided by some of the top Ceilí bands in Kerry. Admission is €10 and is taken at the door. Refreshments are also served and you can purchase tickets for a raffle draw during the Ceilí Dance.

What is a Set Ceilí Dance

A Set Ceilí Dance is a form of social dancing popular in Ireland for over 150 years. Sets are danced by four couples in a square. They usually consist of three to six figures with a short pause between each. They are descended from the French quadrilles, brought to Ireland by the British army in the 19th century. After that Irish dancers adapted the figures to their own music and steps to form dances with great drive. After a period of decline in the 20th century, sets are very popular today in Ireland and in Irish communities throughout the world.

An excellent book describing the history of the set ceilí dance is Toss the Feathers by Pat Murphy, published by Mercier Press. For example, it describes the steps, terminology and 64 of the most popular set ceilí dances. If you want to learn how to set dance this is the book for you. Although nothing beats actually participating in a set ceilí.

Note that set dancing is not the same as step dancing. To clarify, step dancing is the competitive solo form of Irish dancing now very popular because of Riverdance and Lord of the Dance. So if you want to dance like Michael Flatley, our Set Ceilí Dance is not going to help. On the other hand, if you’re looking for good music, fun and friends resulting in the kind of joy you probably haven’t experienced since childhood, come along and enjoy the fun. 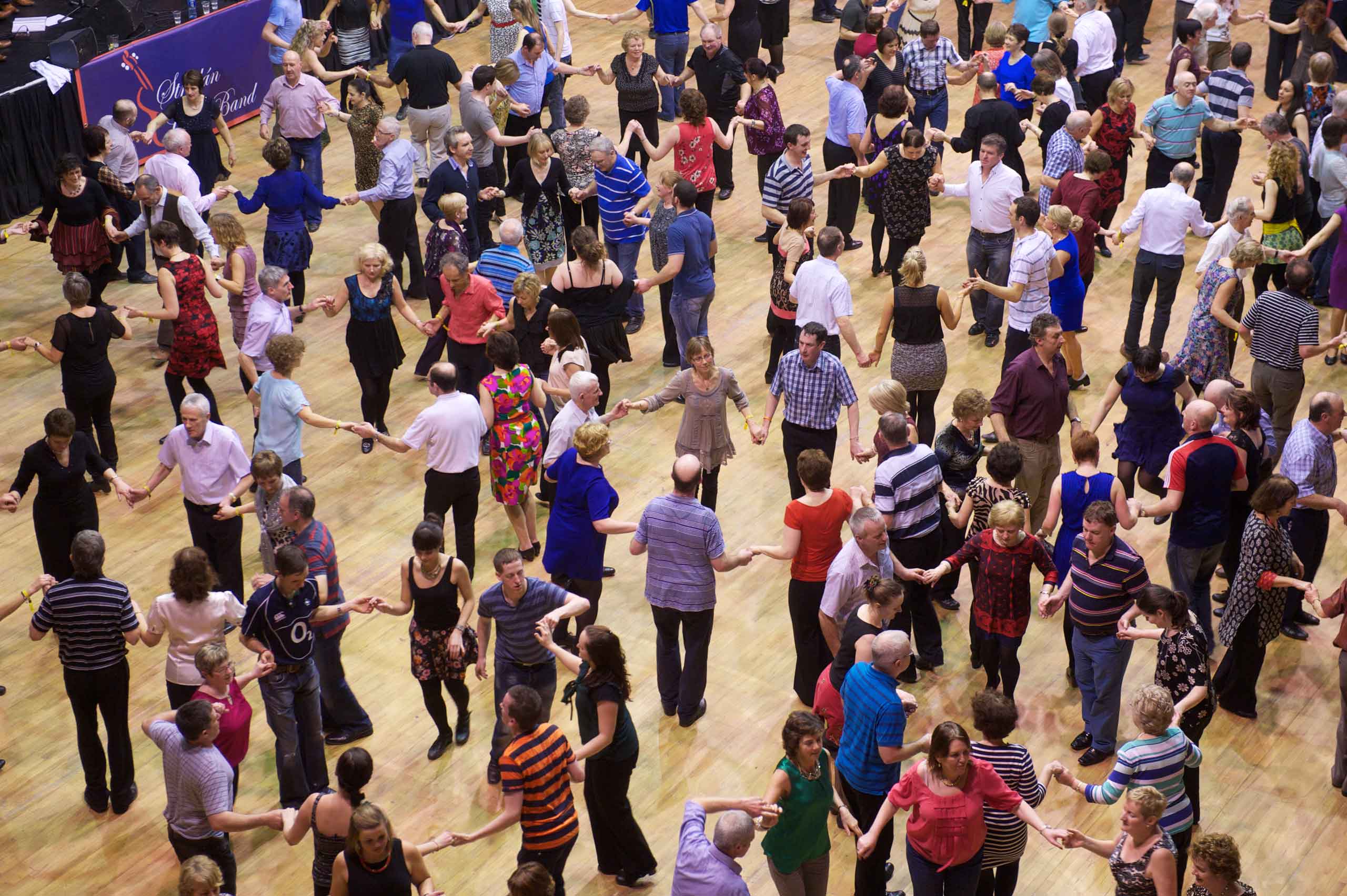