To commemorate the centenary of events in North Kerry during the War of Independence we hosted a series of online lectures during April and May 2021. 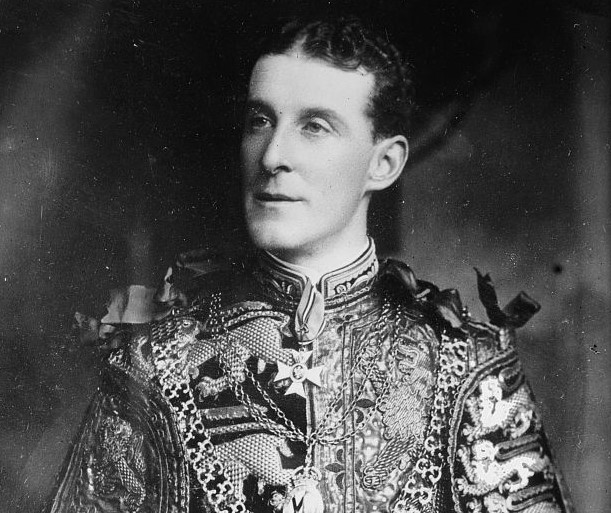 Sir Arthur Edward Vicars was a genealogist and heraldic expert. He was appointed Ulster King of Arms in 1893 but was removed from the post in 1908 following the theft of the Irish Crown Jewels in the previous year. Although Vicars was never seriously suspected of being involved in their theft, the incident led to his ruin.

On April 14th, 1921 while staying with his sister at Kilmorna House, just outside Listowel, Vicars was taken from the house, led to the end of the garden and shot by members of the IRA North Kerry Flying Column.

Based on his 2003 book ‘The Stealing of the Irish Crown Jewels: An Unsolved Crime’, this lecture by historian, author and broadcaster Myles Dungan recounts details of the audacious robbery and Vicar’s fall from grace as a result. 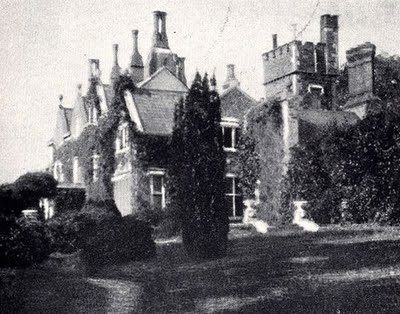 Charles Stewart Parnell, WB Yeats, Maud Gonne, as well as songwriter Percy French and Home Rule advocate John Redmond had one thing in common – they all stayed at Kilmorna House just outside Listowel in the later years of the 19th century. Their signatures appear with dozens of others in the Kilmorna visitors book which records their visits to the home of Pierce Mahony, nationalist MP and renowned philanthropist, horticulturalist and Irish chieftain. He was the half-brother of Sir Arthur Vicars, the former Ulster King of Arms and keeper of the Irish Crown Jewels, who was killed by the IRA on April 14th, 1921 at Kilmorna and the Great House burned to the ground.

In this lecture, historian Tom Dillon explores the history uncovered by the Kilmorna House visitors book and discusses how it gives an insight into life on the Kilmorna estate in the late 1800s, when it welcomed some of the most prominent political and cultural figures of the time. 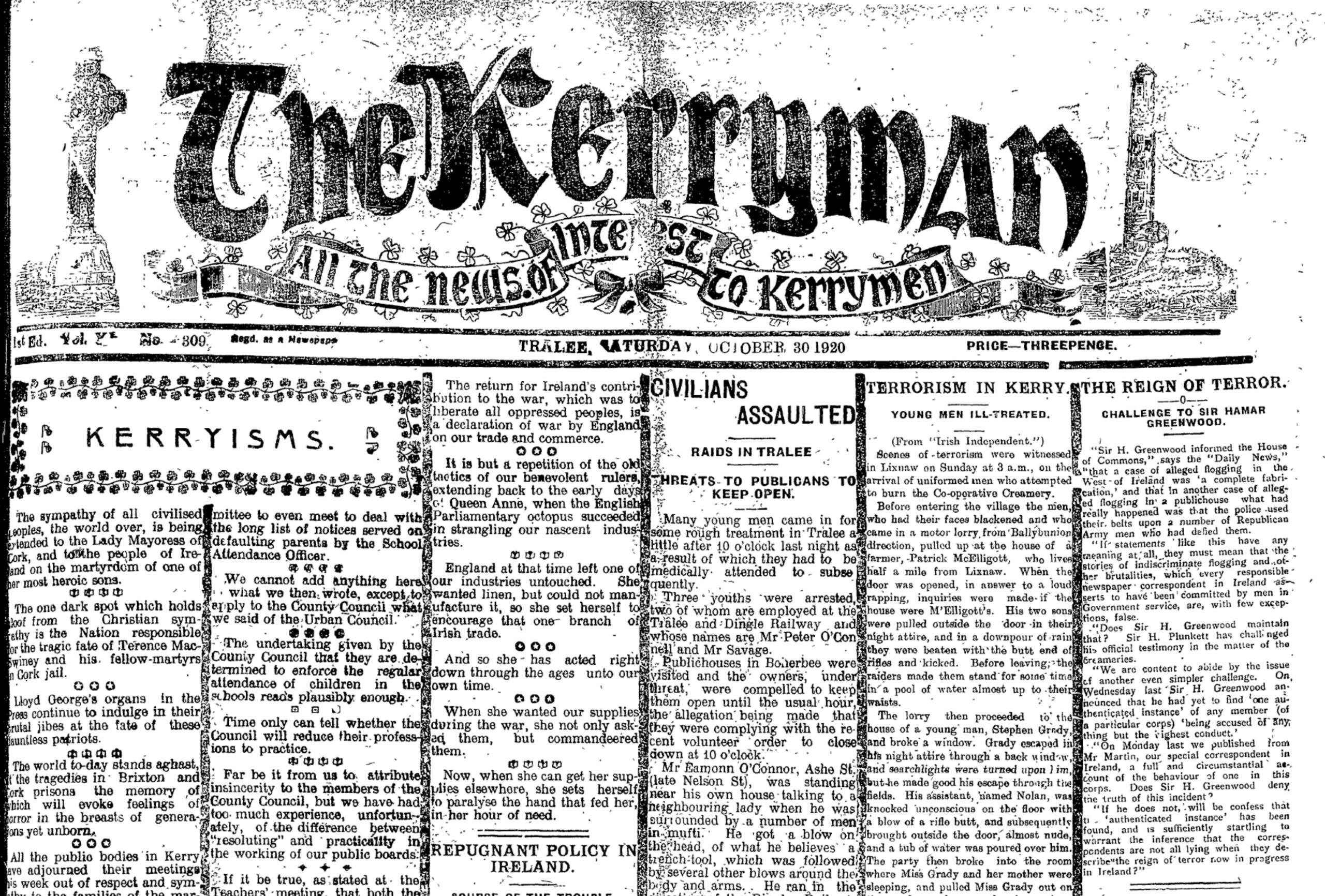 April 30th – What it said in the Papers: How the Press Reported on the War of Independence in North Kerry

Kerry has always been well served by its newspapers. There have been only short periods in the past 200 years when there was just a single provider of published news in the county. In the early twentieth century there were as many as 10 titles serving County Kerry. The War of Independence was a period when many of these were hard-pressed to survive, needing to walk a very thin line – if a paper was too republican in its editorial, it was prey to Auxiliary Police action; too establishment-leaning and it was liable to attack by republicans.

By the time the Truce was agreed in July 1921, just 1 title (The Kerry People) was still in publication.

This lecture by Michael Lynch, Archivist with Kerry Library, examines the difficulties of reporting in wartime, and some of the reportage carried in the various Kerry titles during the War of Independence. 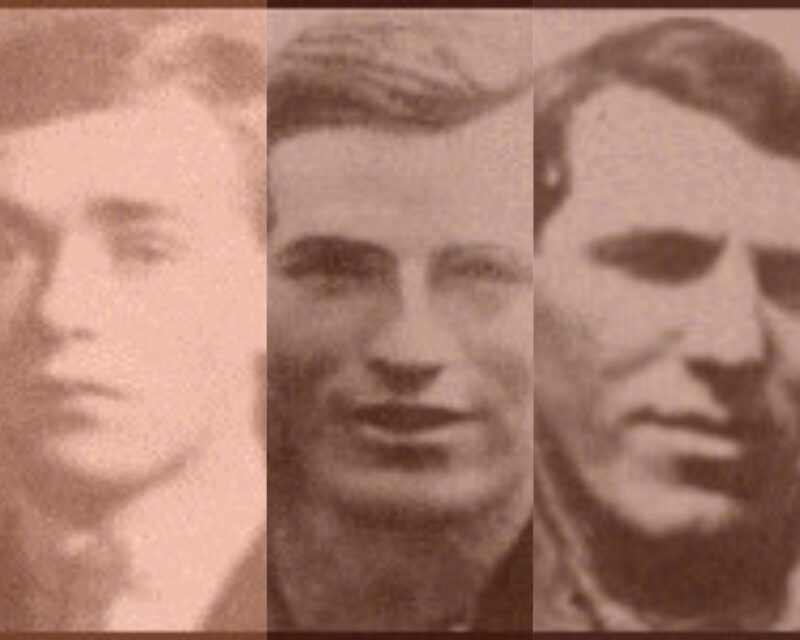 On May 12th 1921, a troop of Black and Tans were travelling out from Listowel towards Athea when they arrested four young unarmed men in Gortaglanna. They were brought to a nearby field to be executed, but one, Con Dee escaped.

The killing of three local Volunteers, Paddy Dalton, Jerry Lyons and Paddy Walsh, at ‘The Valley of Knockanure’ was one of the more tragic events in the fight for Irish freedom in North Kerry. In this lecture, local historian and author Martin Moore, examines the background to this event, the profiles of those who lost their lives and looks at further dimensions of the Gortaglanna deaths.

May 17th – ‘Rhyming History: The War of Independence & the Ballads of atrocity in the Valley of Knockanure’

“If a man were permitted to make all the ballads, he need not care who should make the laws of a nation”: Andrew Fletcher of Saltoun (1653-1716), Scottish patriot.

In this lecture poet and author Gabriel Fitzmaurice draws together the threads of traditional lore and balladry with the steel-wire of factual evidence to explain the origins of the ballad ‘The Valley of Knockanure’ by the internationally acclaimed writer, Bryan MacMahon, who had been commissioned to do so in 1946 by Pádraig Ó Ceallacháin, a noteworthy activist in the cause for Irish Independence.

Back to War of Independence in North Kerry